In the 3rd Millennium Infectious Diseases are still a major cause of morbidity and mortality around the globe. Doctors are currently encountering several critical infectious disease scenarios depending on the diverse health settings.

Infectious diseases specialists are facing new and old challenges, presenting at times in unexpected manners; to cite a few: nosocomial infections and the wide spread of resistant pathogens, multidrug resistant and extensively drug resistant tuberculosis, the abrupt presentation of emergent infectious diseases, such as the last Ebola epidemic, chronic diseases, namely but not solely, HIV, HCV and HBV infections.

It has to be taken in consideration that certain infectious disease are still the leading cause of death, especially in developing countries were resources are limited. For instance, 1.7 billion cases of diarrhoeal disease occur every year. Although mostly preventable and treatable, diarrhoeal disease is the second leading cause of death in children under five years old, with around 760,000 cases. Moreover, it is the main cause of malnutrition in children under the age of five years.

Viral haemorrhagic fever, mostly caused by Arenaviridae, Bunyaviridae, Filoviridae Flaviviridae, lead to a severe illness with a high mortality rate and are often unpredictable and difficult to stop. Ebola, for instance, first appeared in 1976 in two simultaneous outbreaks and has reached a death rate of up to 90%, in some epidemics. The current Ebola outbreak has been very challenging and its spread to major cities in West Africa has certainly made this epidemic different than previous ones and more difficult to control.

HIV infection remains a major global public health issue, with more than 39 million deaths, so far. In 2013, 1.5 million people died from HIV-related causes globally. The treatment has completely changed the natural history of HIV-1-infected individuals, making a mortal disease a chronic one. Of note, the treatment does not eradicate the virus, it is for life, it has side effects and it is often expensive. In fact, although its’ use and coverage is now more widespread around the world, it is not for everybody, as of yet.

Last but not least, healthcare-associated infections are now a major concern for patients, doctors, hospital economists and governments. Nosocomial infections usually occur 48 to 72 hours after hospital admission. The World Health Organization reports 7.6 episodes per 100 patients, according to a recent systematic review and meta-analysis, in high-income countries. Furthermore, in many circumstances pathogens are resistant to antibiotics. Even though we do have several classes of drugs in our armamentarium, it has also to be mentioned that there is an increasing emergence of multidrug-resistant Gram- and Gram+ bacteria and fungi, critically contributing to high mortality rates.

In the face of the many critical, social and economical issues related to infectious diseases around the world, with this journal we aim to divulge clinical and basic research data covering several aspects of infectious diseases, from bedside to benchside, and viceversa.

We believe that the prompt and easy availability of published data will contribute enormously to the scientific society, giving scientists and doctors the possibility to use this valuable information on a daily basis. 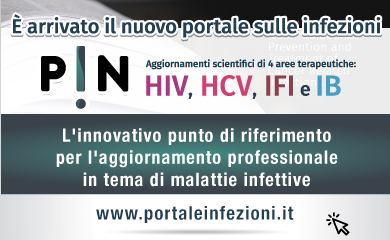